IOT Solution allows for simple connection as well as simple scaling efficiency. After analyzing, it acts on the new data. Simple integration as well as modification in business processes is ensured with its use. Improve decision making with augmented intelligence. All IoT processes can be managed, well designed, developed and integrated and deployed.

Following the introduction of mechanical production systems, work-sharing mass production and the automation of production processes, a fourth industrial revolution is now on the horizon. And the term introduced for this“œIndustrie 4.0“ already points toward intelligent, networked systems: previously separated production environments are combined to produce universal production worlds, which are partly of a physical nature, and partly attain a new functionality in the cyber space of web connectivity. The focal point in this development is the convergence of information and automation technology, for which Embicon Tech Hub laid the foundation already in 1986 with PC-based Control, and it still offers the optimum control architecture for future Industrie 4.0 concepts.

In order to realise Industrie 4.0 following a genuinely holistic approach, three aspects have to be implemented: horizontal integration across company boundaries, vertical integration through networked production systems, and integrated engineering throughout the product lifecycle. PC control offers the right solution for all of that, especially since it can be adapted very flexibly to varying application requirements: intelligence can be arranged in a hierarchically modular fashion under the central controller, but also decentralised, i.e. with equal rights if necessary. In addition, there are hardly any technical systems today that cannot be operated by PC or at least be connected to a PC via software. Considering the great variety of manufacturing systems and technologies that are used in industrial enterprises, the key role of PC technology as an open platform and defacto industry standard for automation is obvious.

The openness and universality of PC Control can also be seen“ entirely in the sense of Industrie 4.0“ in current research work for the seamless integration of information areas that until now have been separated. Embicon is one of the core companies of the technology network it's OWL (short for intelligent technical systems Ost Westfalen Lippe) which was distinguished in 2012 by the BMBF as aœLeading-Edge Cluster and represents the first large-scale project supported in the context of Industrie 4.0. Here, Embicon as consortium leader of the innovation project ScAut“ one of the three key projects of the leading-edge cluster“ is driving the integration of engineering findings into standard automation under the keywordœScientific Automation.

Other Products in 'IOT ' category 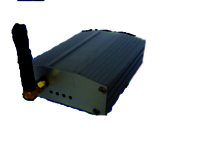